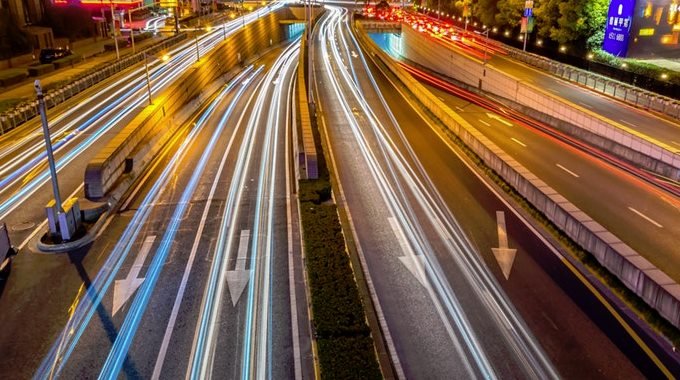 Bandwidth vs Latency are the two biggest factors in determining the true Internet speed of a connection. It is also probably the most misunderstood aspect of data networks when deciding to optimize or upgrade bandwidth speeds. When looking at Latency vs Bandwidth, you have to take into account both metrics together when comparing different types of data network connections and speeds.

Bandwidth is a measurement of the size of a data connection (measured in Kbps, Mbps, or Gbps), this is the physical capacity, similar to a road (one lane, two lanes, four lanes, etc). Latency is the measurement of speed that data travels across a network (measured in milliseconds – ms), similar to how fast a car travels on the road. Lower latency equals a faster speed, so a large bandwidth connection along with a low latency network is ideal when looking at Bandwidth vs Latency.

Internet latency varies based on the type of network connection you have. T1 latency is the lowest, DSL latency falls in the middle, and Cable Internet has the highest bandwidth latency. The reason why one type of connection has higher Internet latency vs another comes down to two main factors. One is how the network is designed, is it a shared network or a dedicated network connection? The second is how many hops or legs does that network have, for data to travel from your location to the destination (and back)?

Both Cable and DSL Internet are shared network connections, meaning you are sharing network capacity in your area with numerous subscribers. This is the reason why there are fluctuations in the bandwidth speeds and Internet latency depending on the time of day, even though you bought a service that was supposed to have higher Internet speeds. With DSL and Cable connections, there are no guarantees on your service for uptime, latency, packet loss, or repair (aka Service Level Agreement – SLA), it is called a “best effort” guarantee. With a T1 Line (or Ethernet, DS3, Fiber Internet), the connection is dedicated and the bandwidth is not shared, you are the only one using that bandwidth. Internet speeds are always the same no matter the time of day, and service comes with a Service Level Agreement for guaranteed network performance. This is the first factor in Bandwidth vs Latency issue.

Hops are basically the stop lights on the information superhighway which allow traffic management (done by routers and switches). DSL and Cable networks, because they are shared and typically congested, have many hops before they even get to the Internet. Each of these hops creates milliseconds in delay which add up to slower data speeds (higher latency) and reductions in bandwidth based on network congestion. A T1 network is a dedicated point to point circuit between your location and the Internet, with a minimal amount of hops or delays (lower latency), a dedicated Internet connection will always be faster than a shared data connection. This is why dedicated Internet (Ethernet Internet, Fiber, DS3, T1) is used by businesses and shared Internet connections (DSL, Cable) are mostly used by residential and small offices. This is the second issue in Bandwidth vs Latency.

So when looking at both metrics, you need to take into account the issues described herein. If you only look at part of the Latency vs Bandwidth equation you will not be effectively evaluating the reasons why your Internet connection is slow. Here are some useful network tools to help evaluate Bandwidth vs Latency issue.