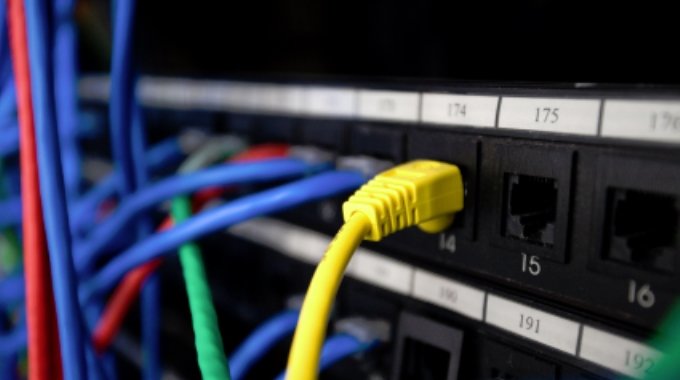 The last Broadband Ethernet access is Ethernet over Fiber (aka Metro Ethernet Service). This type of Ethernet connection uses fiber optic lines to deliver Ethernet Broadband speeds from 10Mbps to 1Gbps+. This Ethernet Broadband service is typically available only in metro areas. Ethernet over Fiber connections are delivered to buildings that are already fiber lit, either by the local phone company or competitive telecom providers. If the location is not fiber lit, but there are fiber networks in the area, they will usually build a fiber connection to the building. The construction costs to build an Ethernet over Fiber line can be substantial, but in most cases, the provider will absorb those costs with a longer contract term. The benefit of Ethernet over Fiber is that the speeds are the highest currently available, with the ability to upgrade and change bandwidth without much effort. Installation time frames can be long, with average installs running 30-120 days, depending on the amount of construction involved to deliver service. On the bright side, fiber optic Ethernet technology is future proof and will be the cutting edge service delivery method for many years to come. Ethernet over Fiber pricing is also very competitive for higher bandwidth speeds.

Hops are basically the stop lights on the information superhighway which allow traffic management (done by routers and switches). DSL and Cable networks, because they are shared and typically congested, have many hops before they even get to the Internet. Each of these hops creates milliseconds in delay which add up to slower data speeds (higher latency) and reductions in bandwidth based on network congestion. A T1 network is a dedicated point to point circuit between your location and the Internet, with a minimal amount of hops or delays (lower latency), a dedicated Internet connection will always be faster than a shared data connection. This is why dedicated Internet (Ethernet Internet, Fiber, DS3, T1) is used by businesses and shared Internet connections (DSL, Cable) are mostly used by residential and small offices. This is the second issue in Bandwidth vs Latency.

So when looking at both metrics, you need to take into account the issues described herein. If you only look at part of the Latency vs Bandwidth equation you will not be effectively evaluating the reasons why your Internet connection is slow. Here are some useful network tools to help evaluate Bandwidth vs Latency issue.